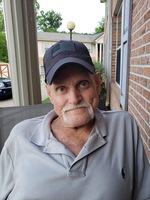 Michael Richard Underwood, 66, of Shinnston, passed away on Saturday morning, February 12, 2022, at his residence. He was born in Clarksburg, April 9, 1955, a son of the late Ernest and Ruth Hickman Underwood. On June 7, 1985, he married the love of his life, Candy Diana Osbourne Underwood who preceded him in death on March 11, 2021.
Surviving are four children, Wendy Gregory and her husband Derek, Mannington, Jennifer Wilson and her husband Daniel, Clarksburg, Stacey Underwood, Cleveland, OH, and Candais Salerno and her husband Mike, Shinnston; his grandchildren: Derek Harrison, Summer Harrison, Ashley Harrison, Chloe Gregory, David Gregory, Jonothan Newbrough, Todd Newbrough, Kristopher Wilson, Mariah Wilson, Chase McCullough, Paige McCullough, Daylynn Huckabee, Riley Watson, Lean Robinson, Gabriella Robinson, and Ava Salerno; his great- grandchildren: Kole Harrison, Scarlett Harrison, James Lucas, Mason Haskell, Emerson Swisher, Jaylenn Newbrough, Lucas Newbrough, Nola Tyler.
Michael was also preceded in death by two children, Michael Richard Underwood, Jr. and Samantha Newbrough, and one grandson Ryan Wilson.
Michael spent his life working as a coal truck driver having been employed with Jones’ Trucking. He was an only child but inherited a large family after he was married and adored them very much. He enjoyed playing music for his family and would tell you that he wasn’t afraid of anything that walked, crawled, or slithered on its belly, except for spiders. His favorite pastime was sitting on the porch, watching the grass grown. He will be missed by many.
The family will receive friends at the Perine Funeral Home, 1348 S. Pike St., Shinnston, from 4pm until the time of the funeral service at 7pm, Wednesday, February 16, with Pastor Paul Owens officiating. Cremation will follow the services. Condolences may be extended to the family at www.perinefunerals.com. The Perine Funeral Home is honored to serve the Underwood family.

All rights reserved. This obituary is also archived at obittree.com