To share your memory on the wall of J. Steve Hamilton, sign in using one of the following options:

Provide comfort for the family by sending flowers or planting a tree in memory of J. Steve Hamilton

Provide comfort for the family by sending flowers or planting a tree in memory of J. Steve Hamilton

To send flowers to the family or plant a tree in memory of J. Steve Hamilton, please visit our Heartfelt Sympathies Store.

We encourage you to share your most beloved memories of J. Steve Hamilton here, so that the family and other loved ones can always see it. You can upload cherished photographs, or share your favorite stories, and can even comment on those shared by others.

Posted Jun 28, 2021 at 02:29pm
I have known Steve for a few years through his active membership in the WV Mountain Party. Steve was very civic minded and cared about his community. His active membership in many humanitarian organizations in the area is a strong testament to that fact. His life should be an inspiration to others who want to fill the space left by his passing. God Bless you Steve!
Comment Share
Share via:
DM 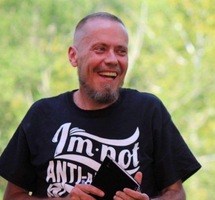