To share your memory on the wall of Doris Basnett, sign in using one of the following options:

Print
Doris Jean (Menear) Basnett, 100, of Worthington, WV was called home on Monday, November 9, 2020 at Fairmont Healthcare and Rehabilitation Center in Fairmont, WV where she had been a resident for almost two years.

Doris was the last surv... Read More
Doris Jean (Menear) Basnett, 100, of Worthington, WV was called home on Monday, November 9, 2020 at Fairmont Healthcare and Rehabilitation Center in Fairmont, WV where she had been a resident for almost two years.

Doris was the last surviving member of her immediate family, born on September 29, 1920, at her childhood home at Bingamon Jct, Rt. 1, Worthington and was blessed to celebrate her 100th birthday with family & friends. She was the daughter of the late Charles Edward and Grace Ella (Bell) Menear.

She graduated from Monongah High School Class of 1938 and attended Fairmont State College. She started her career employed by Monongahela Power Company, followed by many years of being a wife, mother, grandmother and homemaker before returning to work as the Manager of Hickory Farms at the Middletown Mall.

Doris was preceded in death by her husband of 61 years, Roy Basnett, whom she married on December 28, 1940. She was also preceded by her father and mother, four brothers, Frank Menear, Charles Menear Jr., George Menear and William Menear and a sister A. Marguerite (Menear) Thomas, along with several sisters-in-law and brothers-in-law along with one daughter-in-law Debra Basnett of Worthington.

Doris was an avid reader. She also loved working on family genealogy and was a past president of the Marion County Genealogical Club.

The family will receive friends at the Perine Funeral Home, 1348 S Pike St., Shinnston, WV on Thursday, November 12, from 2:00 PM until 8:00 PM and Friday, November 13, from 9:00 AM until 11:00 AM when a celebration of her life will be held with Pastor Clyde Beard presiding. Masks and social distancing will be observed at the funeral home.

Interment will follow in the Enterprise IOOF Cemetery where she will be laid to rest beside her husband Roy Basnett. Online condolences and memories can be shared at www.perinefunerals.com. The Perine Funeral Home is honored to serve the Basnett family.
Read Less

To send flowers to the family or plant a tree in memory of Doris Jean Basnett (Menear), please visit our Heartfelt Sympathies Store.

Receive notifications about information and event scheduling for Doris

We encourage you to share your most beloved memories of Doris here, so that the family and other loved ones can always see it. You can upload cherished photographs, or share your favorite stories, and can even comment on those shared by others.

Posted Nov 12, 2020 at 07:30am
With our deepest sympathy. Please know our loving thoughts embrace you. May her memory be eternal.

Flowers were purchased for the family of Doris Basnett. Send Flowers

Flowers were purchased for the family of Doris Basnett. Send Flowers

Posted Nov 11, 2020 at 08:04am
Please accept my sincere condolences. Dennis & Carlton, I wish you and your families well. 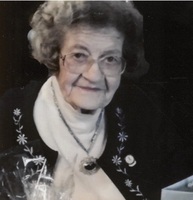